Don’t hesitate to let us know how we can help you. We are here to answer any questions you might have or assist you with a project.

Join our mailing list and stay up to date on the latest smart technology news and events.

They’ve Got Some New Displays for Your Home Theater System, Too

In just a few days, the 2018 CEDIA Expo launches, showcasing some of the latest and greatest technology that will be transforming your home in the Clarence, New York area in the months ahead.

Of the hundreds of new products making a splash this year, Sony might have us the most excited. Not only have they recently released a new line of OLED displays that look incredible, but they’re also promising game-changing projectors for your home theater system.

Below, we’ll give you the scoop on what’s to come in September. Just keep reading for more.

As of right now, Sony is playing their new projector launch pretty close to the vest. What we know already is that the company will showcase three new projectors this year, one of which is a super-premium laser model.

Each projector features a different – as-yet-unknown – price point, and they’re all designed for the custom installation market.

But Sony doesn’t want to spill the beans just yet. As Sony’s vice president, AV Specialty/CI channel Frank Sterns tells CEPro magazine, “I can't give you too much more detail, but there will be a big projector launch.”

But that’s not all the manufacturer is bringing to one of the largest consumer technology events of the year. They’re also showing off their new, Netflix-calibrated Master Series of TV displays.

Sony’s banking big on the Netflix angle, as CEPro points out:

“The user-selectable Netflix Calibrated Mode is intended for use with any of Netflix’s HD, 4K, and 4K HDR content, whether produced by Netflix or by other studios. When the mode is activated, the displays change their settings to match the studio-monitor setup.”

Will the new OLED and LCD displays make a splash at the event? Only time will tell. But their fully functioning theater setup will likely have industry professionals drooling over the cool new features.

What’s Next for Your Home Theater?

Some years see huge leaps forward for technology, like the unveiling of the first OLED and 4K displays a few years ago. Other years, we get small tweaks on perfection. What will this year bring? We’re excited to find out, and we’ll be keeping a close eye on all of the latest innovations throughout the industry.

If you want to stay ahead of the curve on technology for your home theater system, why not chat with one of our live representatives right now?

Just click the button at the bottom of your screen. It’s free, it’s easy, and it could lead to big things for your home entertainment system. 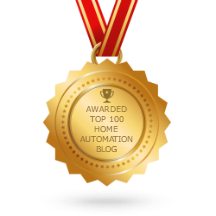